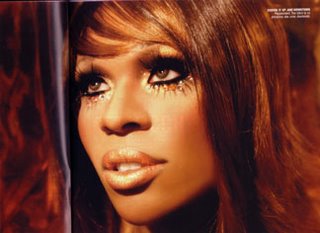 We got a great write up today in Newsday, Long Islands best selling daily. Here is an abbriviated version of the article:

Sweet 16 fete was No Drag

Crystal Mack's sweet 16 party had all the customary flourishes. A sparkly purple dress bought for the occasion, a spotlight dance to "My Girl" with her dad, a 40-minute candle-lighting ceremony, and - a drag queen.

Halfway through the party, a RuPaul impersonator bounded onto the dance floor, clad in a red miniskirt that clung to muscular legs and 5-inch silver stilettos in women's size 13.

Drag queens are appearing more and more frequently as entertainers at sweet 16s, anniversary parties, corporate functions and even bar and bat mitzvahs. Party-throwers, their guests, performers and the agents who book them say the trend is a sign that drag has, in part, shed its history of taboo and found audiences beyond the gay club scene.

"I think all of what you're seeing is a mark of drag becoming more mainstream," said Rosamond S. King, an assistant professor of English at Long Island University's Brooklyn campus who specializes in sexuality studies. "Theoretically, there's a certain amount of respectability that goes with being hired in these different arenas."

Alex Heimberg - the chief executive of Screaming Queens Entertainment, which sent the eight-year veteran entertainer Peppermint to Crystal's party - started out performing at nightclubs under the pseudonym Miss Understood and realized his act could have a wider appeal. After three years performing, he started Screaming Queens in 1995.

Since then, Heimberg has seen demand growing for his drag queens. In a busy month, he said, he sends out two dozen performers, compared with three or four a month in 1995.

"What we often do at bar mitzvahs and weddings is that at a certain point in the evening, when everyone's a little drunk, is burst into the room and dance with people," said Heimberg, whose company also has supplied drag performers for corporate events thrown by Samsung, Starwood Hotels and Lucky Brand Jeans. "We specialize in the colorful, cartoonish drag queens with pinkor blue hair, and the fantasy looks."

At a surprise 40th anniversary party in Bellmore for Anthony and Beatrice Lapadula, it was a dark-haired Cher celebrity impersonator who took the stage under a tent on their back porch. He's Steve Aviles, a performer who lives in Queens with his partner and manager, Robert Ojeda. But in costume, he goes by Mirkala Crystal.

Shimmying in a tight black bodysuit with a sparkly pattern, Mirkala lip-synched to Cher's classics and new hits.

"A gay bar in New York City or adults and children in Long Island: Anyone who would have a drag queen at their party is open-minded and wants to have a good time," said Peppermint, who asked to use his stage name because that is his identity while performing. "But I definitely made my act a little - a lot - more PG than I normally would have in nightclubs."

In an effort to give her daughter's sweet 16 an edge that other parties didn't have, Gina Mack of Dix Hills shelled out a lot of money for Peppermint to perform. "We wanted to do something different and spectacular," she said. "People look at the entertainment.... We wanted something with a 'Wow!'"

Mack said she took precautions to ensure that the show would not be inappropriate.

"I told them no sexy clothing, no stomach showing," Mack said. "She wasn't going to do a strip show. She was going to sing."

Leah Steuer, 16, of Plainview, said Peppermint was an adventurous departure from the other sweet 16s she's attended, which feature "really loud DJs who play the same terrible music all the time and possibly really bad arcade games before."

Seeing Peppermint perform was a surprise, she said. "A pleasant surprise."

Posted by Screaming Queens Entertainment at 8:42 PM No comments:

We had a big celebration last night at Headquarters to celebrate Our Paris Hilton impersonator Natalie Reid's Playboy spread. After being greeted by "Joan Rivers" on the red carpet guests were entertained by a gaggle of showgirls (real and fake) and were served up dazzling numbers our own "Diana Ross" and "Tina Turner".

There's a great clip here on the TMZ website:
TMZ 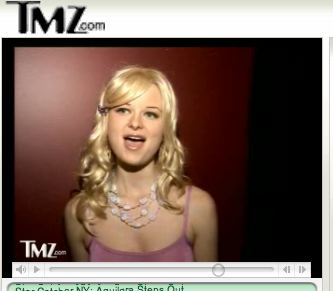 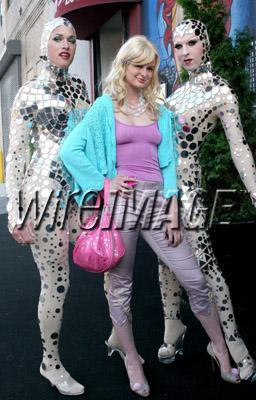 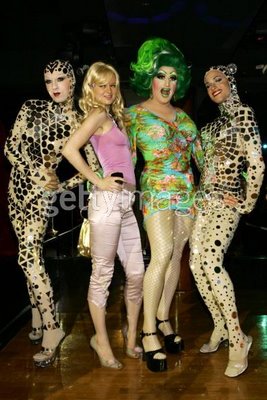 Back to Paris
It's a crazy week for our Paris Hilton impersonator Natalie Reid. Her Playboy spread is out and her Simple Life episode is about to air.
Book Natalie Reid: paris@screamingqueens.com

Posted by Screaming Queens Entertainment at 1:48 AM No comments:

Pretend Paris bares all for Playboy!

Screaming Queens' Paris Hilton Impersonator Natalie Reid made headlines during fashion week when she was mistaken for Paris in Bryant Park. Tongues are wagging once again over her six page spread in the September issue of Playboy which is due to hit the stands on August 8th.

Natalie's an actress and a model who is just lucky enough to be born looking like Paris Hilton. Columnists and bloggers often portray her as an obsessed fan who spends all of her time passing as Paris to accumulate freebies. While she has often been given VIP treatment for her resemblance to Hilton, she generally appears at events that she's hired for. Guests generally spend some time wondering if she's really Paris. Once word is spread that she's a professional celebrity impersonator they generally want to meet her and pose for a photo. It's all in fun, believe me, she's no identity thief!
Booking Inquiries Paris@screamingqueens.com or call: 212 714 8097 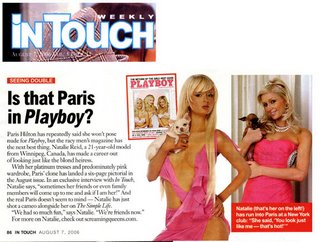 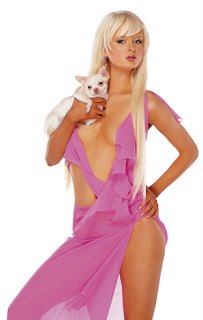 Posted by Screaming Queens Entertainment at 3:31 PM No comments: